Congratulations to Desmond Doyle, the author of Mindy is Strange, which has won the 2020 Short Story Competition. 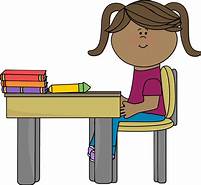 The story was well written and original. It was immediately engaging with suspense and interest well balanced. The focus stayed on the main character throughout and Mindy’s voice was both arresting and touching. The familiar classroom setting was effectively used to present an unusual situation that kept the reader guessing.

Here is Mindy is Strange by Desmond Doyle

Mindy is strange. She says what she wants and doesn’t care what anyone else thinks. It certainly makes History class entertaining. Even knowing that the other kids talk about her behind her back, she doesn’t care at all. They laugh along with her more than they laugh at her, but they still laugh at her. I would be mortified, but not Mindy.
“Why would I care about what they think?” she would say. “Don’t listen to the opinion of some moron you wouldn’t ask for advice.”
It makes sense of course, but I am always too worried about what other people say.
I don’t know why; it doesn’t help my social life. I keep my head down and my mouth shut, and I sit alone at lunch. But Mindy will come out with things I couldn’t normally say and usually for no reason I can see. In the first lesson of term, with a new teacher, she argued that they’d spelled her name wrong.
“It’s actually I.N.D.Y, no M.”
“So your name is Indy?” asked a confused Mr. Brown.
“No! It’s Mindy, I know how to pronounce my own name”
“Wait, so it’s spelled Indy but pronounced with an M?”
“Yes!” she exploded, as if explaining to a toddler, “The M is hidden!” Her tone made it clear she thought the conversation was over. It wasn’t.
“Sorry, hidden? That’s not a thing.” Mr. Brown responded, half questioningly.
“Of course it is. You’ve heard of silent letters, haven’t you? It’s the same thing but backwards.” dismissed Mindy. “Those letters have come from somewhere you know.”
Everyone in the class listened, trying to work out in their heads what was actually being said; the brighter ones giggling along as they figured it out. She is nuts, who thinks of things like that, just coming up with it for a game? No, who says it after they think about it?

Later in the term I was put on the spot with a question about Ned Kelly. I froze. It is not often I don’t know the answer, and it’s a feeling I don’t like at all. I realise that it’s these questions that help me learn, the ones I don’t know the answers to off the top of my head, but being smart is all I have. I may not make friends easily, but I score top of the class in all tests.
Mindy came to my rescue. Of course, she doesn’t freeze just because she doesn’t know the answer.
“I don’t know,” she dismissed the question as if it wasn’t in the least important, “but I do know that the only reason he got as far as he did was because of the beard.” She finished as if there was no more to say.
“The beard?” asked Mr. Brown, dreading the inevitable expansion to the point, but unable to resist.
“Of course, it’s obvious,” Mindy responded with enthusiasm, pointing around the room, “look at the beards throughout history. They are in most of the portraits around these walls. Lincoln; beard; Darwin, big beard; Edward Teach, black beard! If it didn’t have so many hipsters, History would have been a lot different.”

I sit quietly during these outbursts. I wish I had the confidence to join the conversation, let alone blurt out wild and hilarious comments that lead to fun discussions the way Mindy does. The class is usually a riot after she starts them. Someone else will jump in with another comment, responding like it was a legitimate point.
“Yes, but that only works for the men in history,” Shelly would say, “no big beard for Marie Currie.”
Mr. Brown would also jump in, seemingly not worried that his lesson was hijacked by nonsense, “What about moustaches? Stalin didn’t have a beard but his moustache…”
It’s funny, the lessons Mindy takes over start out in a silly mash-up of crazy ideas, but they would usually settle into interesting discussion. Everyone in class would be paying attention, even the ‘army boys’ up the back who just wanted to hear about old battles would join the conversation.
“Napoleon didn’t have a beard,” one of them pointed out.
“Yes, and he lost at Waterloo to Old Gumboots, didn’t he?” Mindy shot back.
Mr. Brown wouldn’t say very much, but somehow we always ended up loudly arguing about points that related to the topic written on the board behind him.

I think about how much fun the class is as I make my way to a desk at the front. Before the second bell sounds, I am sitting down hefting the thick textbook from my bag. I am always the first student to arrive, I don’t seem to get caught up between classes as much as the others. Mr. Brown is already writing today’s topic on the board in big, clear letters; The Russian Revolution.
“Are we going to see Mindy today?” he asks quietly without turning around. Most of my teachers try to ignore Mindy; they don’t mention her or they pretend she isn’t there when her disruptive outbursts threaten to derail their lesson plan. But Mr. Brown always has time for the interruptions and will often ask after her when I am quiet.
“I’m not sure,” I answer softly, “I hope so.”
“Me too,” he responds, turning to look at me with a twinkle in his eye, “There is some great beard content in this lesson,” he finishes pointing to what we have just written on the board.
“Well, it was the beard that made Rasputin invincible you know!” I hear Mindy exclaim through my mouth. Mr. Brown smiles kindly. I can’t say these things normally, but I can when I am Mindy.